Tony’s Roof Replacement Went From
NOT Covered To FULLY Covered

How Houston Roofing Completely Turned Around
This Insurance Company’s Verdict

At the ripe old age of 15 years, Tony’s roof was having some serious problems. It was built back in 2006 and had endured its fair share of Houston storms – but it seemed to have reached its limits. During the most recent bout of bad weather, the ground was littered with shingles. Even minor winds ripped shingles from the roof. It seemed obvious to Tony and his wife that they needed a roof replacement STAT.

But unfortunately, their insurance company didn’t feel the same way.

Tony Gets The Runaround

When Tony first reached out to his insurance company, there didn’t seem to be anyone to talk to. He was getting bounced from one adjuster to another – and no one was willing to hear him out.

“They transferred me to four adjusters,” Tony said.

The maximum amount they were willing to cover was replacing a few shingles. That would be no help at all for Tony and his wife because roof inspectors had informed them that their roof was literally cracking.

Before contacting Houston Roofing & Construction, Tony spoke with four other roofing companies. NOT ONE of them offered to help out with his insurance claim. When Tony reached out to Houston Roofing, Ryan, his project manager, was determined to get Tony’s roof replacement fully covered by his insurance.

“He coached me through which questions to ask, to be persistent, and not to give up,” Tony said.

Once they saw he had a dedicated roofing contractor on his side, Tony’s insurance company started taking his roof seriously. Ryan was set on getting Tony’s roof covered – and he didn’t give up.

“He was REALLY patient,” Tony said about Ryan.

That patience paid off when Tony’s insurance company came through and finally agreed to cover his roof replacement. Not just a few shingles or minor repairs – a fully new roof. 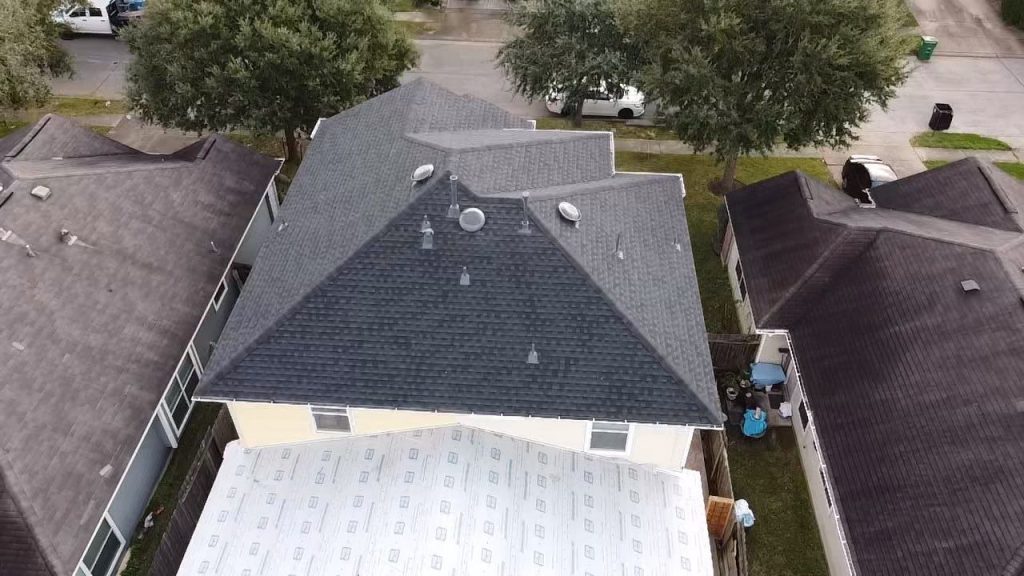 This was Tony’s first time dealing with a roof replacement and an insurance claim. With Houston Roofing guiding him, he found the whole process entirely stress-free.

“They really made me feel at ease,” Tony said.

Tony loves his beautiful roof. To top it all off, he wasn’t left with any mess or debris from his roof replacement because the workers did a thorough cleaning job before they left.

Overall, Tony said he would HIGHLY recommend Houston Roofing & Construction to anyone who needs to repair or replace their roof, especially if you need help with your insurance claim.

Do you feel like you’re out of your depth when trying to navigate your roof insurance claim? Contact Houston Roofing & Construction – the roofing experts who will arm you with the know-how and guidance for dealing with your insurance company.

We’re by your side every step of the way – even before your roof replacement is approved. Read about how we help you navigate the insurance process and hear from other satisfied customers!